1、For every course that he follows a student is given a grade, which is recorded, the record is available for the student to show to prospective employers.

2、Gutman argues convincingly that the stability of the Black family encouraged the transmission of so was crucial in sustaining-the Black heritage of folklore, music, religious expression from one generation to another, a heritage that slaves were continually fashioning out of their African American experiences.

3、The result of attrition is that, where the areas of the whole leaves follow a normal distribution, a bimodal distribution is produced, one peak composed mainly of fragmented pieces, the other of the larger remains.

4、The Bible does not tell us how the Roman census takers made out, as regards our more immediate concern, the reliability of present day economic forecasting, there are considerable difference of opinion.

5、Even the folk knowledge in social systems on which ordinary life is based in earning, spending, organizing, marrying, taking part in political activities, fighting so on, is not very dissimilar from the more sophisticated images of the social system derived from the social sciences, even though it is built upon the very imperfect samples of personal experience.

6、 A survey conducted in Britain confirmed that an abnormally high percentage of patients suffering from arthritis of the spine who had been treated with X rays contracted cancer.

7、There are several steps that can be taken, of which the chief one is to demof all the organizations that exist with the d objectives of safeguarding the interests of animals that they should clearly where they ston violence towards people.

8、It was possible to demonstrate by other methods refined structural differences among neuron types, however, proof was lacking that the quality of the impulse or its conduction was influenced by these differences, which seemed instead to influence the developmental patterning of the neural circuits.

9、According to this theory, it is not the quality of the sensory nerve impulses that determines the diverse conscious sensations they produce, but rather the different areas of the brain into which they discharge, there is some evidence for this view.

10、His thesis works relatively well when applied to discrimination against Blacks in the United States, but his definition of racial prejudice as “racially-based negative prejudgments against a group generally accepted as a race in any given region of ethnic competition,” can be interpreted as also including hostility toward such ethnic groups as the Chinese in California the Jews in medieval Europe. 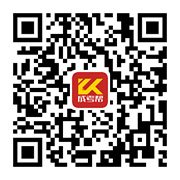